Markets went deep in volatile mode as Russia attacked Ukraine. After opening sharply lower, stocks reversed their course during Wall Street’s session on Thursday to close mainly on the positive side. The gained 1.43%, the tech-heavy jumped 3.34%, and the gained a modest 0.25%.

, on the contrary, started the day above $100 a barrel but gave back most of those gains throughout the day. The commodity traded at $95.38 at the end of the US session. 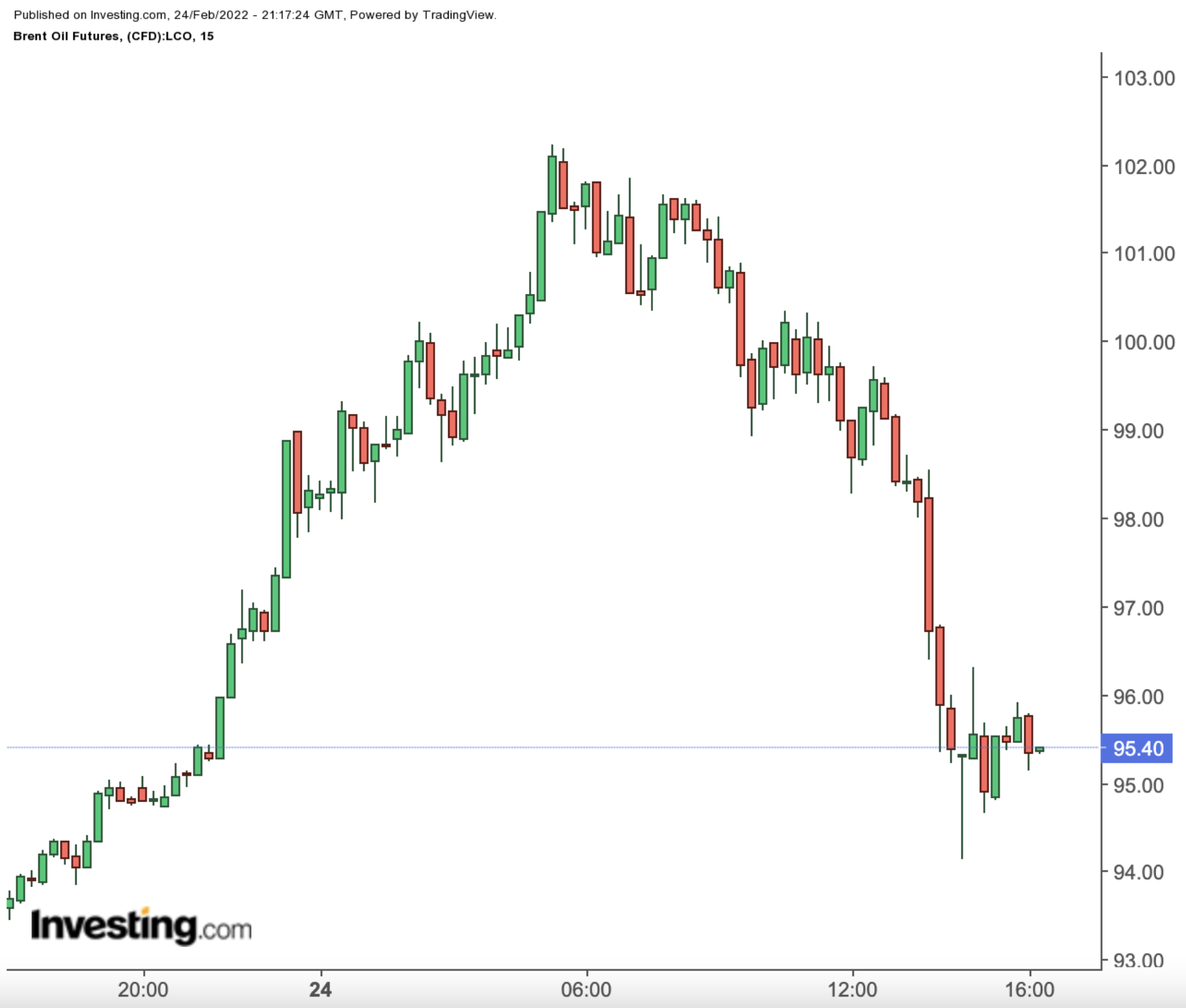 While it’s almost impossible to predict the future of this conflict and its impacts on markets, some analysts say that the war will likely have a short-term effect on sentiment rather than a shock with long-term implications.

According to Goldman Sachs, the “outright conflict” in Ukraine coupled with “punitive sanctions” could push stocks lower in the short term, with worse losses seen in Europe and Japan.

However, the investment bank adds that what will dictate market moves in the long or medium term remains the Federal Reserve’s potential rate hikes and its impact on economic growth and corporate earnings.

In their recent note to clients, J.P. Morgan strategists raised similar points, citing the more significant risk of tightening monetary policy for equities and noting that the Russia-Ukraine conflict is a low earnings risk for US companies. Their note said:

“But an energy price shock amidst an aggressive central bank pivot focused on inflation could further dampen investor sentiment and growth outlook.”

In a global crisis like this, some sectors perform better than those more sensitive to such adverse geopolitical events. Below, we have shortlisted two areas of the market which are positioned to withstand this conflict and perhaps bring profits.

After producing hefty returns in 2021 on short supplies and surging demand in the post-pandemic recovery, the energy sector is outperforming again this year. Furthermore, energy constraints fueled by the Ukraine crisis may further inflate commodity prices and thus improve the sector’s outlook.

With Russia being a major supplier of oil to the European Union, alongside rising crude prices and limited spare capacity, analysts believe the oil market will remain tight with elevated prices in the absence of an imminent de-escalation of the conflict.

The Vanguard Energy Index Fund ETF Shares (NYSE:)—whose top 10 holdings include Exxon Mobil (NYSE:) and Chevron (NYSE:)— is up 19.7% this year, massively outperforming the benchmark S&P 500 Index, which has dropped more than 10% during the same period. The fund closed Thursday at $93.01. 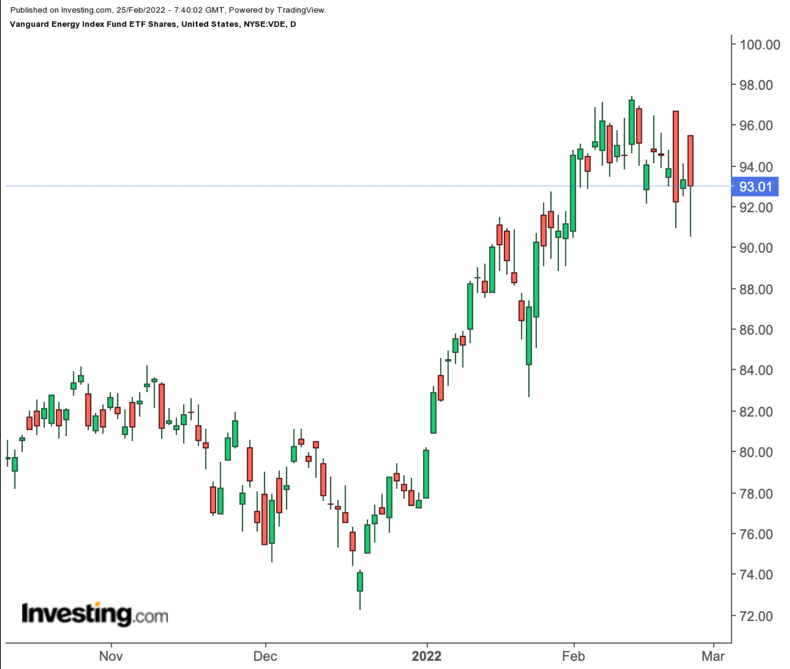 Metals stand to benefit as well, especially amid price gains in raw materials. Yesterday, rallied to a record, and surged to the highest in more than a decade on concerns that the Ukraine crisis will further compound supply shortages. However, both commodities gave most of those gains bank during Wall Street’s session.

Even before the war erupted between Russia and Ukraine, base metal stocks were in great demand due to dwindling supplies as the world recovered from the pandemic. All the main London Metal Exchange contracts are in backwardation—a condition in which prices for cash delivery are higher than futures—signaling supply constraints.

If this crisis extends, the US companies, including Alcoa Corporation (NYSE:) and United States Steel (NYSE:), will benefit.

Shares of the Pittsburgh-based US Steel have gained about 26.5% during the past month, closing on Thursday at $24.36. 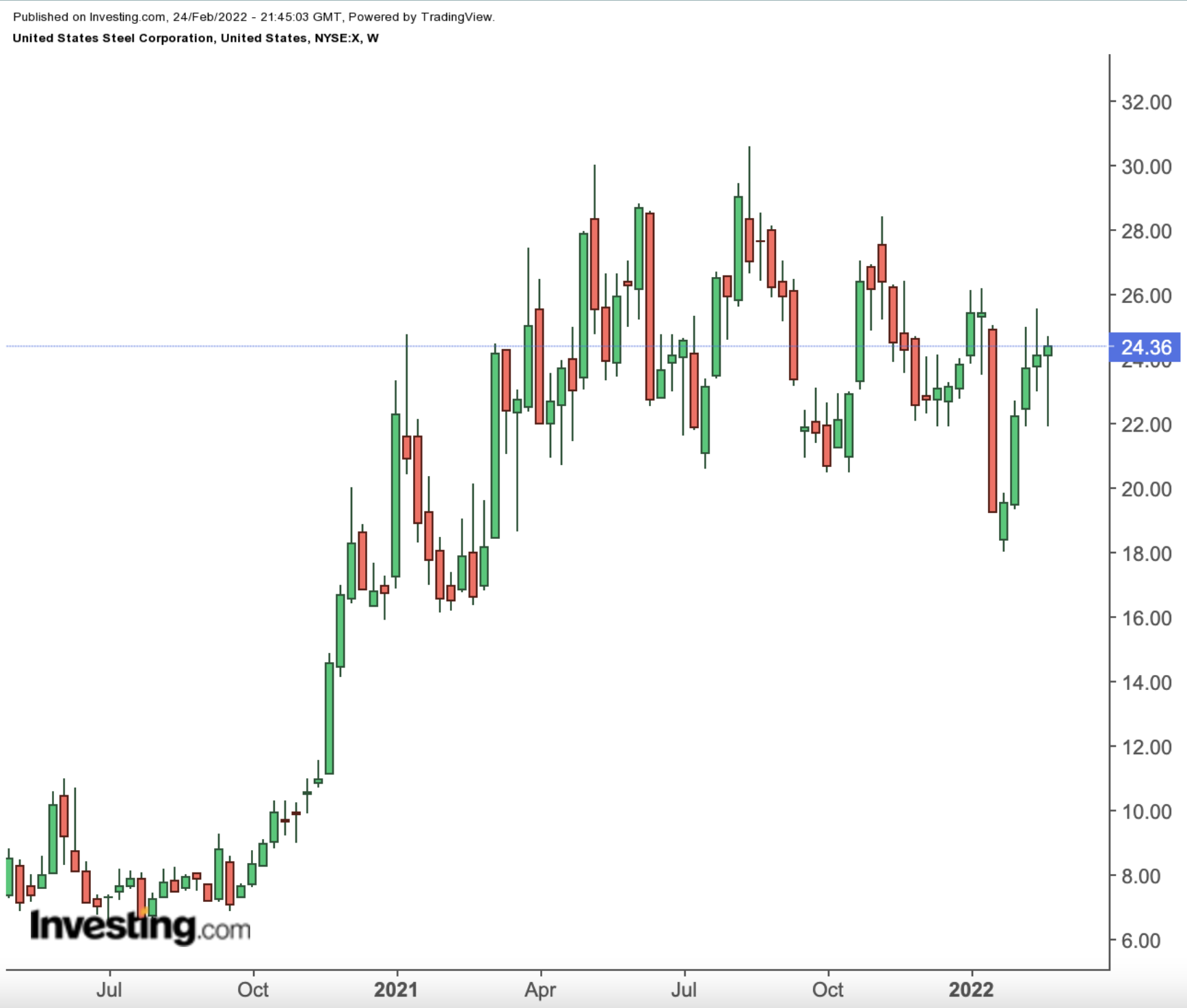 The biggest US aluminum producer, Alcoa, is also surging, having gained 23% this year. It closed on Thursday at $73.30. 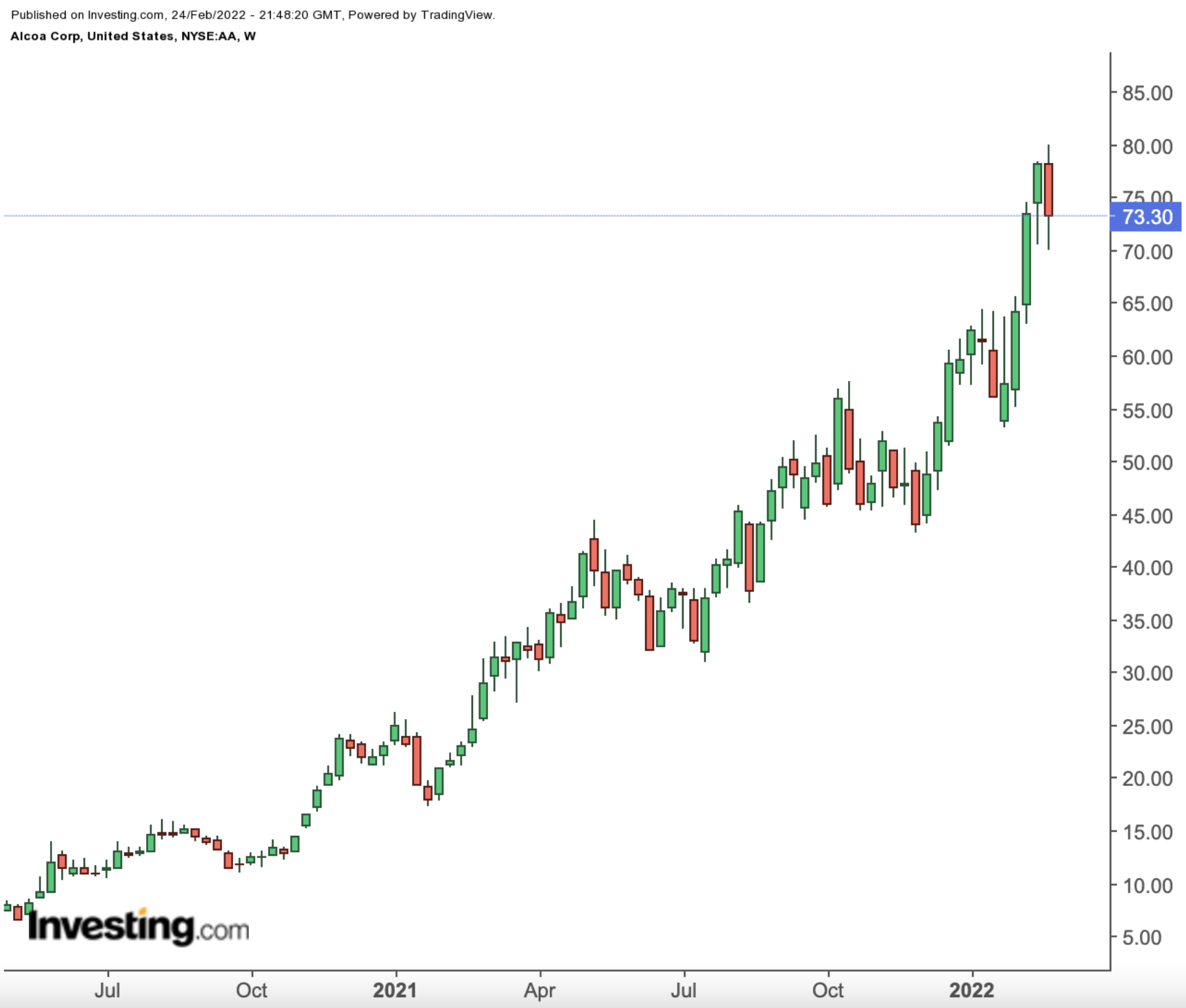 Week Ahead: Fed Meeting Will Test The Short-Term Rebound

This Adani Stock is up by 14% Within 10 Days! After Breakout!

Metaverse Investing for Beginners: A Simple Guide to Make Money From Web3, NFTs, Crypto Gaming, Blockchain, and the Metaverse

Is the consumer willing to adopt the innovative cryptocurrency Bitcoin as a payment method?