The Vanguard Total Bond Market Index Fund ETF (NASDAQ:BND) is taking a beating this year. It’s doing better than stocks, but its 14.5% selloff has made many investors worry. If bonds are falling right along with stocks, is anything out there really safe?

Truthfully, BND is probably safer than most funds you could buy. It’s less volatile than stocks and provides a 3.73% yield (higher than the average stock). Today, BND suffers from failing to beat the 2 year treasury yield. However, the fund could become a great buy in 2023, as I will explain in the ensuing paragraphs.

To make the case that BND could be a good buy next year, I’ll need to take a look at the fund’s characteristics. If BND yielded 10% with the same risk profile it has now, it would be a great buy already. However, it does not have such a yield, so as of today, it exposes investors to the risk of not clearing the inflation rate.

The key statistics about BND are:

Immediately, most of these characteristics jump out at you as being very desirable. The fee is among the lowest in the ETF business, the spread is practically nothing, and the level of diversification is enormous. This fund has pretty much everything ETF investors look for on paper.

However, there’s one slight issue:

BND has a 3.73% yield when the 2-year treasury is yielding 4.1%. Treasuries are considered risk free, but BND is not: it includes many corporate bonds, some of which are rated BBB or lower. So the higher risk investment has the lower yield. This seems like it has to be compensated for eventually by continued selling of the assets that BND holds, which will in turn cause BND’s own price to go down.

Indeed, BND’s price IS trending downward, and is likely to continue doing so as long as the Fed keeps hiking interest rates. When the Fed raises rates by selling treasuries, it pushes their price down by increasing their supply. The Fed doesn’t single handedly determine the yield (enough demand can overwhelm the Fed’s selling) but it’s big enough to get the treasury yield moving in the direction it wants. The treasuries that BND owns will go down when the Fed sells them. As the chart below shows, the value of treasuries on the Fed’s balance sheet has decreased by $96 billion since June 8, so the selling is going on.

BND’s own holdings are not identical with those that the Fed is selling–it includes some corporate debt and other misc. bonds. However, rising treasury yields tend to push the price of riskier bonds down, as it’s impossible to justify investing in a riskier asset for a lower return. So the Fed’s interest rate decisions in the coming months will affect ALL of BND’s holdings, not just the treasuries.

According to BND’s fact sheet, the fund’s top asset categories and their weightings are:

It’s a pretty diverse package of different risk levels. In addition to those listed above, we can see some mortgage backed securities when we look through the fund’s annual report. So it’s got a bit of everything. Some specific bonds it holds include:

Some of these bonds have fairly high yields, but then again, the 2 year treasury does too. Investors can buy treasuries directly from their bank or online vendors, so they are reasonable alternatives to funds like BND.

What advantages does BND have over treasuries?

The most obvious is diversification. With 10,178 bonds, BND is one of the most diversified funds on earth. So, it offers less risk than an individual bond theoretically does. However, it’s not clear that the logic of diversification makes sense when the opportunity cost is a treasury. U.S. treasuries are considered the safest investments on earth, so much so that people call their yields the “risk free rate of return.” Diversification is meant to protect you against specific risk–the risk in one asset as opposed to the market–but what about assets that have nearly no risk? You can’t “diversify away” risk that isn’t present.

Granted, when people call treasuries “risk free” they’re just using short hand for “the least risky asset.” Treasuries are not literally risk free: the Federal Government has come close to defaulting before (due to political stalemates), and it could theoretically default in the future. However, treasuries are low risk enough that it’s hard to imagine other assets thriving when they fail. If the U.S. ever defaults, that would imply that the government is going through a fiscal crisis, which would be bad for corporate bonds, stocks and everything else.

In this sense, BND’s allocation into corporate debt could be thought of as increasing risk rather than decreasing it. Sure, BND has a lot of bonds, but compared to the least risky security on earth, it has more risk exposure. Therefore, it’s tough to justify buying BND at a sub-treasury yield. It appears to be a ‘more risk for less return’ proposition.

Having explained all the reasons why BND is not very appealing right now, I can explain why I think it will become more appealing in 2023.

The first observation here is that the Fed has behaved exactly as it said it would this year. It has hiked rates at every meeting. The rate hikes have been similar in size to what they hinted at before doing them. There was no Pivot.

It seems like the Fed’s plan here is to do what they always said they’d do, which is to keep hiking until they reach a terminal rate somewhere between 4.5% and 5%. A lot of people like to bet on the Fed eventually pivoting, on the theory that the pain of high interest rates will steer them off course, but there is little reason for thinking this way. If someone thinks that the Fed will pivot because the consequences of hiking rates will scare them off course, they’re basically doing armchair psychoanalysis. There is no academically legitimate investment philosophy that approves of this kind of thinking. The default assumption should be to expect that Fed officials will do what they say they’ll do.

Given this, we can reasonably expect that the highest rates will be achieved in 2023. Officially, the Fed’s plan is to hike until inflation starts heading down, but it has signaled that the target range is 3% to 3.25%. The peak target range is expected in 2023 at 4.6%. For rates to go that high, bonds will have to fall a lot more. Therefore buying BND in 2022 may be premature.

Note that the Fed’s forecast has a firm deadline: 2023. Fed officials didn’t say which month or quarter in 2023 it would be, but if we’re at say 4% policy rate in the first quarter of 2023, it will be safe to assume that BND is approaching its peak yield. Remember, all bonds are correlated with other bonds, and the treasury yield tends to move in the same direction as the policy rate. So, if the Fed behaves as it says it will, we should see yields peaking sometime next year. I can’t tell you what time next year it will be, but a 4% funds rate in 2023 seems like a good buy trigger. I know that I, personally, would consider an investment in BND if those conditions were met.

As for BND’s yield lagging the 2 year treasury: it looks like that’s partially a function of the inverted yield curve. The 10-2 year treasury yield tends to invert before recessions then gradually normalize as the recession gets closer to the trough. BND holds bonds at all kinds of different maturity lengths: its 3.73% yield actually beats the yield on the 10 year treasury, which is 3.68%. So, if the yield curve normalizes in the future, then BND will enjoy a better yield than short term treasuries: another factor pointing toward it being more buyable next year than this year.

The bottom line on BND is that it’s a reasonably safe fund that, as of right now, just doesn’t compete with treasuries. The yield curve is inverted, and some of BND’s long term debt offers lower yields than 2 year treasuries do. As of today, you’re better off asking your bank about treasuries and CDs than buying this fund. However, history shows that inverted yield curves don’t last forever. Sooner or later long term bonds will become appealing, and on that date, BND will be buyable. As for me personally, I’m eying 2023. 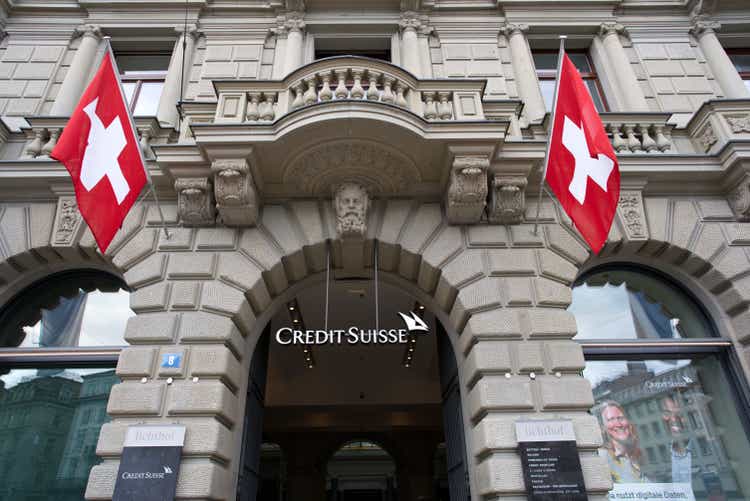 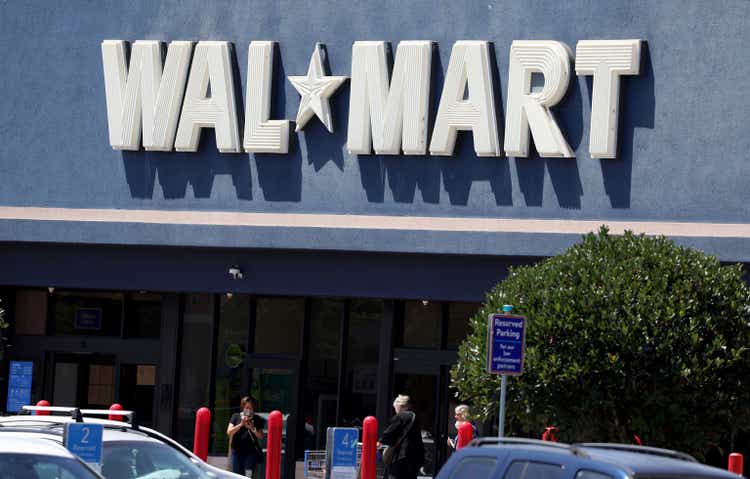 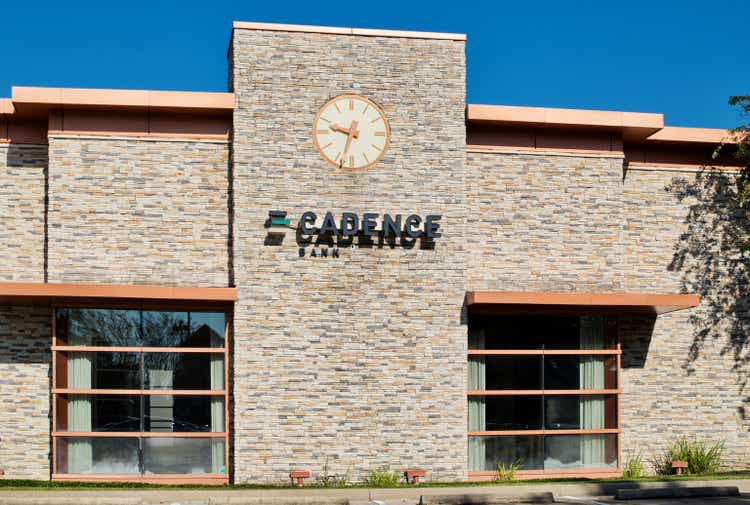