Here is the opening statement from the Department of Labor:

Thursday morning’s seasonally adjusted 214K new claims, down 12k from the previous week’s revised figure, was better than the Investing.com forecast of 230K.

Here is a close look at the data over the decade (with a callout for the past year), which gives a clearer sense of the overall trend.

As we can see, there’s a good bit of volatility in this indicator, which is why the 4-week moving average (the highlighted number) is a more useful number than the weekly data. Here is the complete data series. 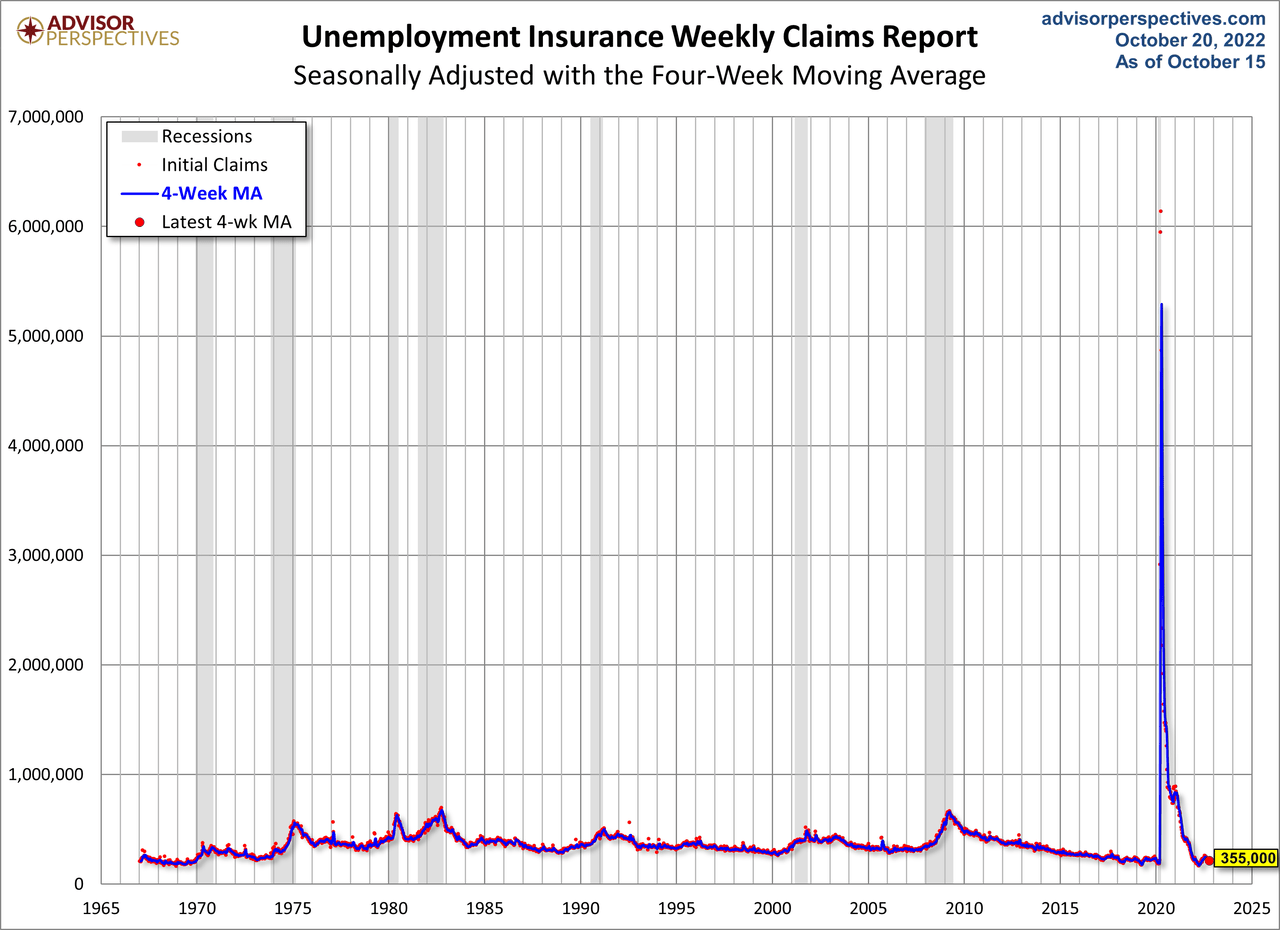 Here’s a copy of the above chart, but zoomed in, so the COVID spike isn’t as prominent.

The headline Unemployment Insurance data is seasonally adjusted. What does the non-seasonally adjusted data look like? See the chart below, which clearly shows the extreme volatility of the non-adjusted data (the red dots). The 4-week MA gives an indication of the recurring pattern of seasonal change (note, for example, those regular January spikes).

Because of the extreme volatility of the non-adjusted weekly data, we can add a 52-week moving average to give a better sense of the secular trends. The chart below also has a linear regression through the data. 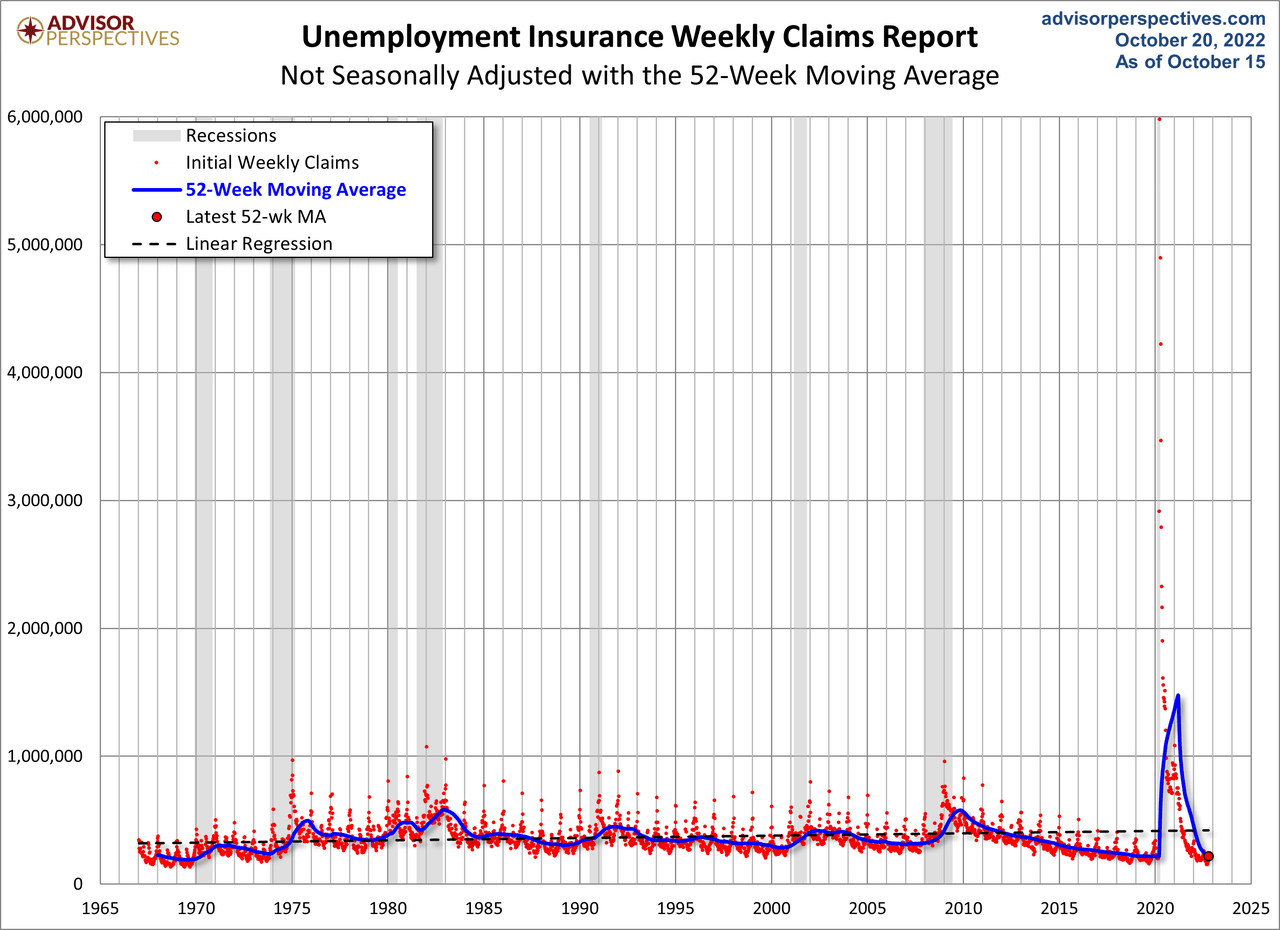 For an analysis of unemployment claims as a percent of the labor force, see this regularly updated piece The Civilian Labor Force, Unemployment Claims and the Business Cycle. Here is a snapshot from that analysis. 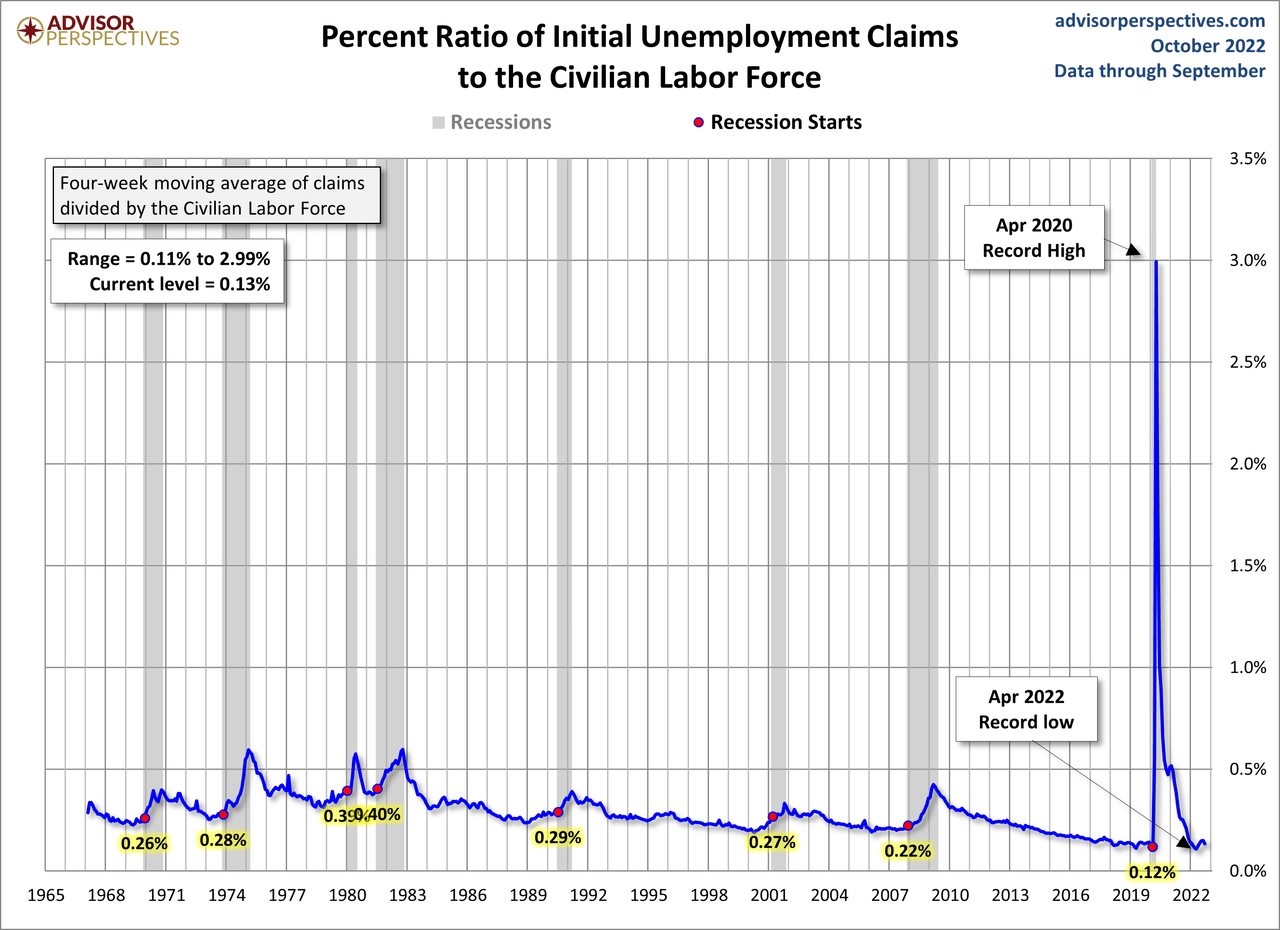 Cloudmoney: Cash, Cards, Crypto, and the War for Our Wallets